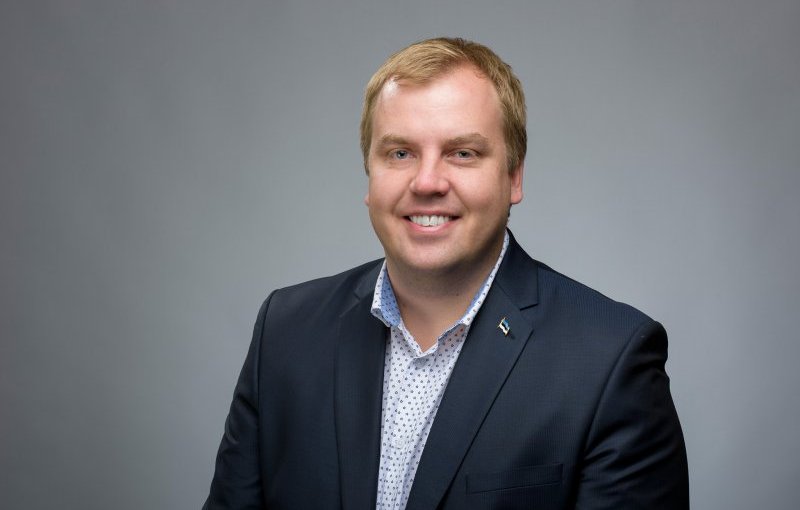 The Baltic state is a digital trailblazer, having made 99% of its public services available online. The government’s CIO, Siim Sikkut, offers his advice for businesses contemplating their own transformations

The smallest of the Baltic states by both area and population, Estonia has served as a political pawn in the hands of several neighbouring powers over the centuries. Since regaining its independence after the collapse of the Soviet Union 30 years ago, this republic has been punching massively above its weight in one respect: technological innovation.

In 2005, for instance, it was the first country to enable online voting. In 2012, it was the first to use blockchain technology for governance. By the time that Wired magazine named Estonia the “most advanced digital society in the world” in 2016, almost all public spaces in the country had been served by free Wi-Fi for a decade. Today, under the government’s so-called e-Estonia programme, 99% of government services are accessible online, while 70% of the country’s 1.3 million citizens regularly use digital ID cards.

“We joke that our e-services are impossible only for marriages and divorces – you still have to leave the house for those,” says the man in charge of e-Estonia, Siim Sikkut, who has been the government’s CIO since 2017.

He explains that the country desperately needed a technological “reboot” after gaining its freedom from the debilitating grip of Russian rule in 1991. With this in mind, the state committed itself to electronic governance – a decision that established a digital-first approach on which the country’s pioneering innovations have been based ever since.

Sikkut, who also chairs the national task force on artificial intelligence, graduated from Princeton University with a degree in public and international affairs in the same year that online voting started. He initially joined the Ministry of Finance before becoming a digital policy adviser at the Ministry of Economic Affairs and Communications, when he co-founded Estonia’s ground-breaking e-residency scheme. Among other things, this offers entrepreneurs based anywhere in the world a digital ID granting them and their businesses remote access to markets in the EU.

Sikkut, 38, is modest about the role he has played in creating what the e-Estonia website calls “an efficient, secure and transparent ecosystem”.

“I stand on many shoulders,” he says. “When I moved to my current role, it wasn’t a question of what to digitise next. All the low-hanging fruit had been picked. It has been about how to keep going to the next level of digitisation. We need to keep everything running while innovating and iterating.”

I hope that our experience in Estonia shows that it’s not rocket science. With commitment, anyone can achieve a digital transformation

What might have been classed as a risky commitment to technology three decades ago has fostered a more progressive and open society, both online and offline, according to Sikkut. A Eurobarometer survey in 2018 found that 49% of Estonians trusted their government, compared with the EU-wide average of 34%, for instance.

Indeed, it is said that in Estonia you are only two calls away from the prime minister – the implication being that people in this small country are community spirited and willing to help each other out.

Size matters: but trust trumps all

“It does help that there are few degrees of separation here,” Sikkut says. “With our small population, we get things done – both the connection and decision cycles are much shorter here than in other countries. But our talent pool is much smaller too, so our size is both a constraint and an opportunity.”

It’s no coincidence that the capital, Tallinn – where Sikkut lives with his wife and their three young children – is often referred to as Europe’s Silicon Valley. Estonia is estimated to have produced more start-ups per capita than any other European country in recent years. According to Startup Estonia’s online database, 1,104 enterprises have been established in the country since 2013 – including Uber rival Bolt and payment company Wise (TransferWise until it was renamed at the start of this year).

Any entrepreneur seeking to up the pace of their business’s digital transformation has much to learn from Estonia’s experience. Sikkut believes that strategic partnerships are key in this respect. He points to e-Estonia’s soon-to-be-launched digital testbed framework, a collaboration model that will offer free access to the government’s tech stack, on which any business worldwide can build new products or services and gain proofs of concept.

“I’d say to business leaders: ‘You have to be open for innovation and open to partnership,’ like we’re trying to be with our testbed framework. If someone comes to you with a good idea, take it on board, try it out and then perhaps you can move more quickly,” he says. “We’re looking to increase the speed of innovation in Estonia again by being open and encouraging experimentation with new ideas. The emergence of AI has been a game-changer, for instance, as we embark on this new stage of digitisation.”

Taking people with you

What other advice would Sikkut offer business leaders looking to introduce new digital tools and services?

“If you build something that saves people time, money or effort and offers them value, they are likely to use it and refer it to others,” he says, adding that “you still might want to throw in incentives for people to start using them. For example, we offer much quicker tax reimbursements to those who complete their forms online rather than on paper.”

Sikkut stresses that it’s essential to spend an adequate amount on training people in how to use new digital tools. “We’ve invested in infrastructure and worked on skills to ensure that people can use our online services. You have to take care of your users so that you can bring them along with you,” he says.

His advice for any entrepreneur who may be approaching digital transformation with trepidation is to learn from his country’s success and stop dithering.

“Just do it,” Sikkut says. “You’ll never have a perfect plan. Take an engineer’s attitude: try things out, fix them if they fail and try them again before scaling up your operations. I hope that our experience in Estonia shows that it’s not rocket science. With commitment, anyone can achieve a digital transformation. You don’t have to build everything from scratch. There are solutions that you can reuse and you can partner with people who’ve gone through it already – including us here in Estonia.”

He continues: “The latest technology will probably not solve all your problems. What matters most is being open to possibilities and open to partnerships. If you give bright people a conducive environment, magic will happen.”