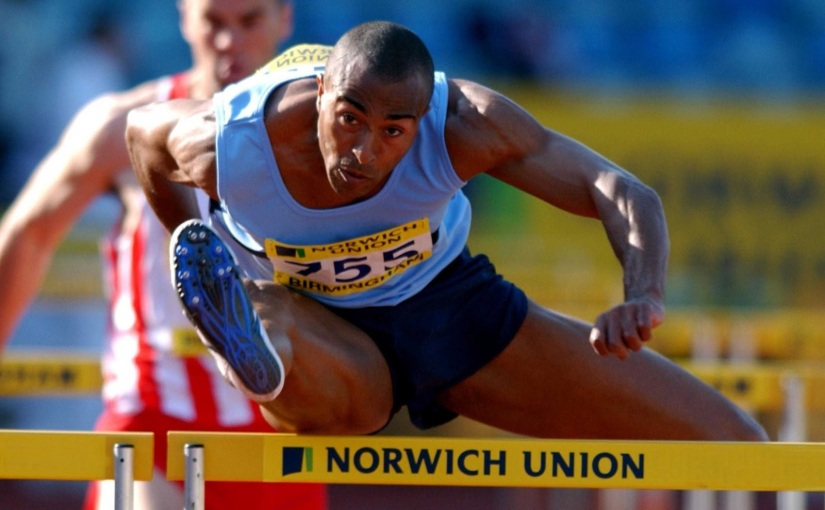 Athlete Colin Jackson is desperate to attend live sporting events, hear the roar of the crowd, and also get his skates back on following his star turn on Dancing on Ice

As someone whose life has centred around sport – and athletics in particular – for more than half a century, I am utterly desperate to attend live sporting events again, once lockdown restrictions finally ease.

The pandemic has tested everyone, but has been especially tough on elite sportspeople, who have had to perform in empty stadia, if at all. Perhaps I am biased, given my passion, but I believe athletes have suffered more than most. Top-tier athletics is truly global, and without being able to travel, meaningful competition is pretty much impossible.

That’s why I’m looking forward to heading to Switzerland in September and watching Weltklasse Zürich – as a fan rather than a commentator, crucially. The annual invitation-only world-class track-and-field meeting was established in 1928, and in 2021 it will serve as the sole final of the Diamond League competition. The audience members are always so knowledgeable, and it will be a joy to mingle and learn without work pressures.

It’s hard to put into words the critical role spectators play for top sportspeople, as is also the case with actors, musicians and dancers. If you’re underperforming, a roar from the home crowd has the magical ability to lift your game by an extra percentage point, and gives you the oomph needed to push you across the line. Without a live, in-person audience, I can imagine it just feels like glorified practice.

I want the real deal, the whole package of live, atmospheric sport. I crave the moments of silence – before the starting pistol is fired, for example, or the hushed seconds ahead of a vital penalty kick in rugby union – and the spine-tingling bellows as glory is secured.

Cheering on the Six Nations champions from the sofa

I’ve watched plenty of sport from my sofa throughout lockdown, including tennis, golf, cricket, and – being a proud Welshman – rugby union. I always tune in for the Six Nations, and I was delighted when the unfancied Wales team was crowned champion this spring. I loved that most people wrote the Welsh off, but the players stayed cool and took the title again.

While the Six Nations was on, I performed in Dancing on Ice, and would dash back from training to catch the games, wearing the red of my country – and I’m glad I did. Before the coronavirus crisis, I would never have predicted in a million years that I would learn how to ice skate.

It was one of the most unique and enjoyable experiences of my life, genuinely. Finishing third in the competition was beyond my wildest dreams. I had so much fun, and when the ice rinks open again, I’ll be getting my skates on once more.

I’ve also tried to keep abreast of all the athletics news during lockdown, and tuned into events all over the world. Thanks to technology, I’ve been able to catch most meetings of interest, no matter how small. On one occasion, I contacted some Italian athletes on social media to ask them about an event, and they live-streamed it, basically just for me. I don’t know how we would have coped without the advanced tech we take for granted.

In a way, the situation caused by the pandemic has been good because it has forced all elite sports to reflect on what benefits they provide for spectators. It has sparked innovations – though not always successfully, as the many people who rallied angrily against football’s proposed European Super League can testify.

However, having to think outside the box has been a useful exercise for all sports. For instance, I was proud of athletics when, last July, the Weltklasse Zürich was transformed into the inaugural Inspiration Games: a live, 90-minute virtual competition. Thirty top track-and-field athletes started their races simultaneously, from their tracks all over the world, and fans enjoyed the live event despite the coronavirus restrictions.

Ultimately, every single sport has had to look at reinventing itself, to an extent. It has been essential to sustaining interest in sport as a vehicle for entertainment, and I firmly believe that most sports will come out of the pandemic stronger. One thing is for sure: when things do open up again, I’ll be in the front row, roaring on the action.

This article, sponsored by American Express, was first published by The Telegraph in June 2021